The Rick Shaws are the 2015 LTBNL Champion! 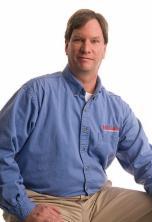 Congratulations to the Rick Shaws, who held off the Joshua Trees and QuagMyers and overtook Sol Train on the last day of the season to claim their second straight LTBNL title. It was an epic battle, and a fitting way to close out one of the most evenly balanced and competitive seasons in League history. Going in to the last day of the 2015 season, only two roto-points separated the top four teams. The season's end was marked by some really good pitching and a monumental crash of the OnRoto.com server, resulting in an information blackout that lasted for four or five hours.

This season was just flat-out fun. The last couple of weeks were nerve wracking. The League Office would like to thank everyone for a great year. Congratulations to the Shaws on a very well-deserved second title, and to the other money winners: the Sol Train and the Joshua Trees, who finished one and a half points back and tied for second (the Train took second place on the first tie-breaker), and to the Quags, who took fourth. What an amazing season!

Rick says it's not about the money, but he was certainly in a hurry to get his winnings to the bank: (In a Rickshaw ... duh)

Here are the final standings in the race for the Commissioner's Trophy. Congratulations, Green Monsters!  These are basically the roto-standings for games played since the All Star Break, through the end of the season. The Commissioner's Trophy was created as an incentive to teams to stay in the race in the second half of the season. The Trophy (and $120 prize) is awarded to the team with the best post-ASG performance that nonetheless fails to finish in the money.

Please note: All the numbers you see above were calculated by hand. I entered the numbers for each team each week myself into a spreadsheet, sometimes hastily, so it's possible there are errors. If anyone would like to check my work and/or data entry, I'd certainly appreciate it. You can review the entire sheet here.

It's the start of a new season, and the 26th season in LTBNL history. We are all set for Saturday, April 4 at Josh's house in Lebanon. Plan on arriving about 9:45 and starting the Auction at 10:00 a.m. EDT. We need to start right on time this year, as the Sol Train will be phoning in from the Dominican for the first few rounds before boarding a plane.

UPDATES: First and most important, we have pushed the start time of the Auction up half an hour, to 10:00 a.m. We've done this to attempt to accommodate Scott, and we now have a plan in place for Scott to bid by sealed email if that becomes necessary later in the Auction. See below.

Everyone should have received an updated tally of what they owe from Steve. Here is the updated LTBNL Financial Report. Please be prepared to settle up at the Auction. Huge thanks to Steve for pulling this together.

The Big Sheet 2015 Teams are listed, as usual, in Reserve Draft Order. Those of you who are using Merv or some other software for the Auction may want to adjust the order of teams in the software to make it easier to keep of money and such. If anyone's contact info has changed, please let the League Office know so that we can update the Big Sheet. The most recent update was made on 4/2 at about 3:30 pm. The Fever moved Dilson Herrera from active to reserve (he has rookie status and has not been on an active LTBNL roster in the past). Please note that a few other frozen players have been demoted to the minors and are expected to be moved from active to reserve by their respective teams on Saturday morning (assuming they're still in the minors). They're highlighted in yellow on the Big Sheet. There may be others.

Please let me know if you find any errors on the Big Sheet or on the OnRoto site.

We can discuss at the Auction, but barring any major objections, plan on Tuesday evening April 7 for the Reserve Draft.

I am going to propose that, for the first time ever, we open up trading immediately after the Auction is over. I'd propose we allow teams to trade players and draft picks up until, say, an hour before the Reserve Draft. The only caveat would be that every team would still need to have a legal active roster by the start of the Sunday night game between the Cubs and Cardinals, and before first pitch on Opening Day (and any other day's games for that matter, as we do already). What does everyone think? We can vote on it right before the Auction.

Are there any other rules tweaks that anyone plans to propose?

Here are the rules for the "sealed email bid" portion of the Auction for the SolTrain. We'll only implement this plan if Scott is unable to complete his team while on the phone us. Thanks to everyone who voted and/or had input on this! 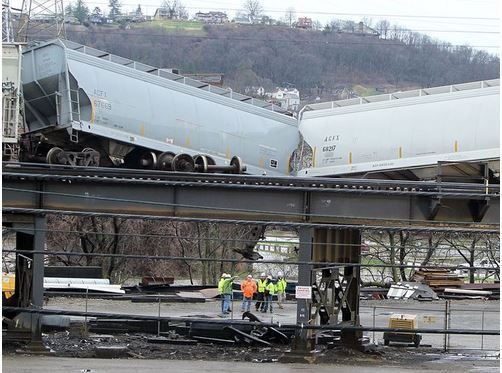