The 2004 Auction was held at QuagMyers headquarters in Cincinnati for the second straight year. It was the first year in the LTBNL for Steve Geraghty, who took over for founding member "Candy" Sue Ross. On March 26, 2004, the League Office received the following sad e-mail:

Hello everybody. I wanted to let you all know that I have decided that it is time for me to leave the league. I have lost touch with my true love of baseball and will work diligently to restore that love. Also, during the off-season I was diagnosed with multiple sclerosis, and that difficult saga along with my recent start of treatment for it have left me with much less energy to expend on anything much extra than my beloved Francesca and my work. So, I wish you all the best and hope you keep in touch. If you ever need a rotis pep talk or someone to pour the YooHoo or a piece of advice please call on me.

Tom--will I get my payout from my last winnings as I depart?

Let me know what happens with my team this year.

Sorry for the late notice, but I kept trying to decide what was the best thing for me.

Steve took over, and kept the Candy Stripers team name for the 2004 season as a tribute to Sue. All LTBNL members were present at the Auction, aside from Karnold Nowledge, who was coaching knothole baseball and participated by telephone from the third base coach's box. Late in the second round, the Shaws nominated Ken Griffey Jr., and it appeared that he'd been sold to the Peckers for the bargain price of $22. Just then, the phone rang, and we realized Arnie had been disconnected and had just called back. "TWENTY-TWO," he shouted.

We took a little survey of the owners present at the Auction and asked teams to name their favorite and least favorite Roto figures of all time, among other things. Some of the responses were predictable (the Doug Outs admire Juan Uribe; the Fever hate Bobby Cox, etc.), but we also learned of Greg's plans to write A Book about Rotisserie ("When others zig, you zag!"), that Rick's typical draft strategy revolves mainly around drinking beer and beating the Quags, that the Train hates Rick Ankiel but loves Steve Trachsel, thanks to a win in at 1998 playoff game that secured 2nd place, and that the Udawgs' admiration for Pedro Martinez will endure forever.

The Fever started a new and very admirable tradition at the 2004 Auction: As the defending champion, they bought our lunch. This time, it was Montgomery Inn, appreciated by all.

The Sol Train won their first title in 2004, with huge seasons from Scott Rolen and Adrian Beltre on offense, and Brad Lidge and Carlos Zambrano on the mound. The Southpaws took second, the Stripers finished third in Steve's first year at the helm, and the Doug Outs finished fourth.

Here's the 2004 champ Sol Train getting doused at the following year's Auction: 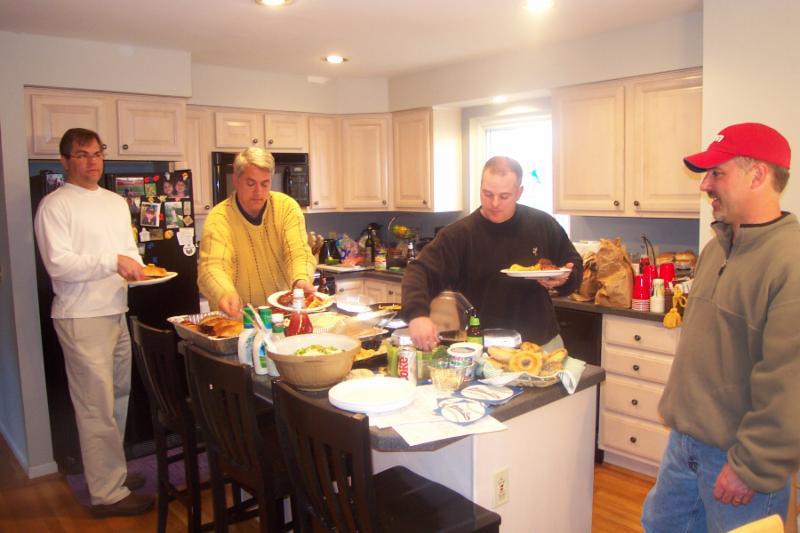 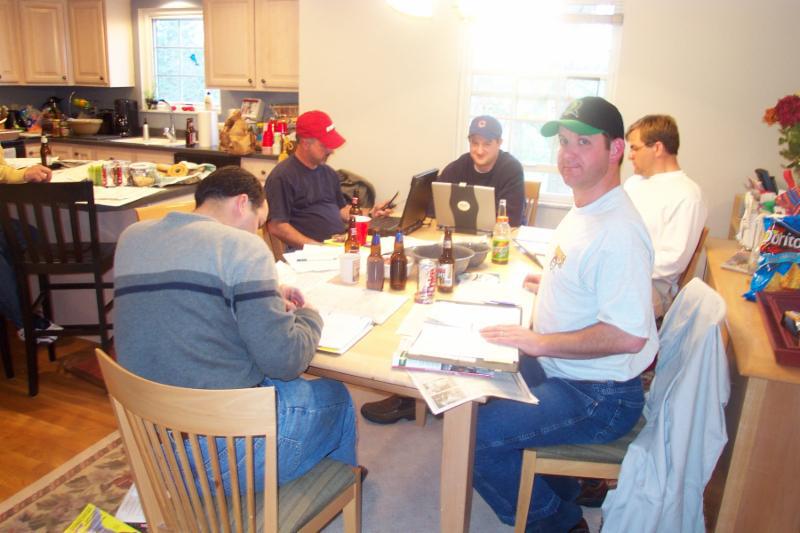 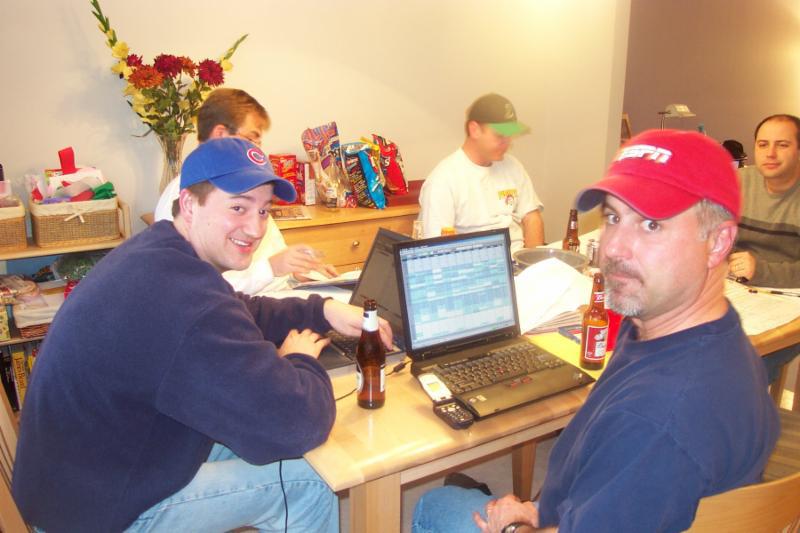 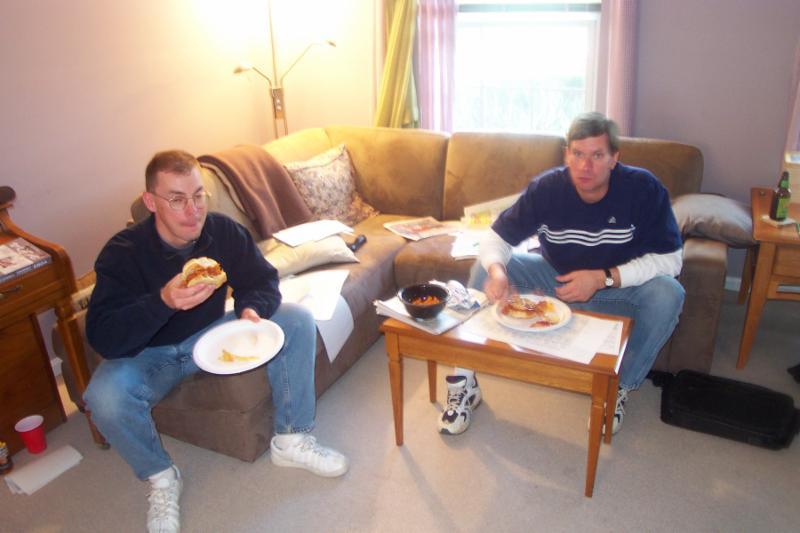 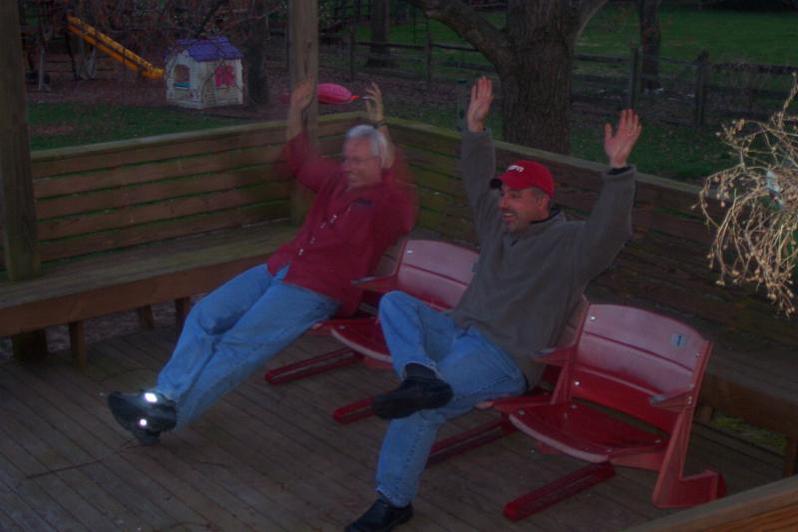