Every society has its own creation myth. This is ours.

On a Saturday afternoon in the winter of 1989, your future PICFL was killing time in the book section of a downtown Cincinnati department store while the future Mrs. Quag was getting a haircut. Hard to imagine that department stores once had book departments and salons, but they did. He came across the latest edition of the Official Rotisserie League Baseball Rulebook, and on a whim, picked it up. He remembered reading something about Rotisserie a few months earlier, possibly in Smithsonian Magazine or Scientific American or some other dentist office periodical, and was intrigued. He plunked down $7.95 for the book, and began scheming. 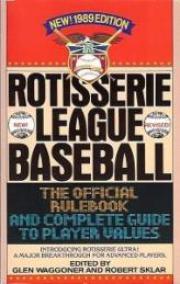 A couple of years ago, Dan's Fever came across a hand-written letter dated February 1989, sent to him by the would-be Commissioner, urging him to buy the book and join the fledgling league. The letter explained the idea of the game, the scoring system, why we would only use National League players, and so on. It discussed the use of technology like the US Mail and WATS lines, together with a cobbled together spreadsheet, in a program called "Symphony." The letter hinted that he Commissioner planned to badger some of his other friends to get in, as well, although they didn't know it yet. It concluded by admonishing the Fever: "Don't be a wuss ... This must be done."

The letter itself is cringe-worthy in its earnestness, so I won't reproduce it here.

The original group was thus the QuagMyers, the Fever, some friends from law school (Greg, Sue, and Peter Miller), some friends from undergrad (Arnie and Todd Lang), a friend of Sue's from Squire Sanders (Pat Muldowney) and a friend of Arnie's (Pat Moore). Greg decided to have his younger brother Doug, then in school at IU, run his team temporarily. All was good. We had nine.

Assembling all nine people in a room on such short notice was not a realistic possibility. So we devised a "sealed bid" auction to fill the bulk of each team's initial roster. Using the values in the Official Rulebook, we listed the hundred or so players and had each team submit a sealed bid for each player. One memorable evening, a few of us gathered and opened the envelopes. If memory serves, each team came out with 13 players with somewhat reasonable salaries. A week or so after that, we had a straight draft to fill out the last ten spots on our active rosters at $1 each. Among the $1 players were Craig Biggio and Greg Maddux. And yes, it is true: The Quags paid $69 for Andres Galarraga that year, a record high salary that stood for more than a decade.

And so, every Wednesday during the baseball season, the PICFL would pick up a copy of USA Today, which published NL stats that day. That evening, he would fire up the computer (in DOS, of course) and enter all the relevant stats into the spreadsheet, using the USA Today and a ruler. A couple hours later, the numbers were all crunched, and the dot-matrix printer began humming. The next day, it was off to Kinko's to make copies ... and then the copies went in the mail. Most people got their stats and standings reports on Friday, for a stats period that ended Monday. The lucky ones had lunch on Thursday with the Commish and got their stats a day early.

We went by the book in 1989. We used the rules straight out of the rulebook, with no modifications (except that we had nine teams instead of ten). That meant that there were no reserve lists (we went to Ultra a year or two later) and no FAAB. If a player went on the DL, you could replace him with a free agent (no bidding, first come/first served), and the replacement player was forever tied to the original player. When the original player came off the DL, he had to be reinstated within 2 weeks or be waived. It was tough to keep track of, and very cumbersome, given that we only allowed transactions to be made once a week.

At the end of the season, we had a mini-banquet at Willie's in Cincinnati. The winner was presented with a big cardboard check, and was doused with Yoo Hoo by a comely waitress (there are photos of this somewhere). The assembled owners resolved to bring the new league back for another year, and to add a 10th team. It was a promising beginning. 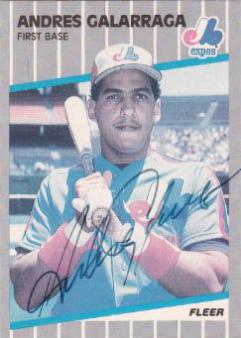