the lockout is over 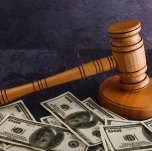 (the logo is due for an update) 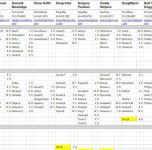 check back here for updates. 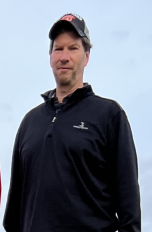 The Auction is in the books

The 2022 Auction went pretty smoothly, all things considered.  Done in 3.5 hours, with minimal software issues.  Thanks to everyone for participating.  Next year, for real, we're doing it in person.

The Auction results have been entered into OnRoto.  Please check your roster for accuracy and report any errors.

Here is the post-Auction Merv Sheet, showing our rosters immediately following the Auction.

And here is the text from the Fantrax draft room chat, which has all the nominations and purchases.

The OnRoto site's "available players" lists may be useful in preparing for the ...

We'll do this by Zoom and/or in the OnRoto chat room (Team Pages / Messages/Emails/Polls/Chat / Chat room) as we have in the past.  It appears to be way too much of a hassle to try to set up a second draft on Fantrax.  So, adieu Fantrax; you served us well.

Here is the Reserve Draft Grid.  Please check it carefully to be sure your picks are listed correctly.  If you see any errors, please let me know as soon as possible.  Trades of picks are fine; just text or email me so I can update the grid.

Thanks everyone, and see you tonight.

Welp.  2020 kind of sucked.  As we were planning for an Auction that never happened, I remember typing into GroupMe, "

That turned out to be true, but really not in the way I was thinking.

We wound up deciding to "mothball" our teams and play roto in 2020 as a one-off season with no freeze lists, a snake draft, relaxed rules, no transaction fees, and probably a bunch of other concessions to COVID-19.  Every team started with a blank slate, knowing that their "real" rosters would be held in a state of suspended animation until 2021.  We agreed that every team would chip in $25, the prize pool to be donated to a charity of the winner's choosing.  We used Fantrax for both the snake draft on July 26.

It went OK, I think.  Speaking for myself, I definitely paid less attention to my team on a daily basis.  There were plenty of days where I just forgot to set a lineup.  But I enjoyed it.  It was great to have baseball back on TV, even if a lot of games got postponed and rescheduled along the way.  The dumb Manfred rules changes didn't bother me as much as I thought they would.  I honestly didn't even mind the DH that much, and I thought the 7-inning doubleheaders were kind of fun. 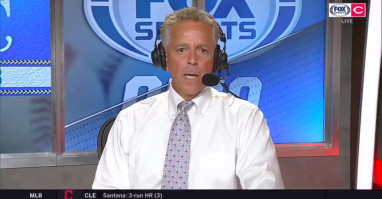 as there's a drive into deep left by Castellanos and that'll be a home run.  And so that'll make it a 4-0 ballgame.

If memory serves, our pennant race wasn't really very close and Joe won by a lot.  I'll post the standings and stats on the 2020 page soon.

Joe has chosen the Anthony Rizzo Family Foundation to receive the bounty of his victory.  So far, seven teams have kicked in $25.00, so we'll be sending them $200, counting Joe's contribution.  If anyone else wants to chip in -- and it's entirely voluntary -- please send your money to me by the end of the day on Monday, February 22, by either Venmo (@Tom-Myers-22) or Paypal.  I'm forwarding all I've collected to Joe after that.  Thanks!

Thanks to everyone for a great Auction, and especially to Steve for hosting and to Arnie for lunch.

II will have the rosters entered into OnRoto soon.  Here is a link to our post-Auction rosters in PDF.

The Reserve Draft will be held on Tuesday night, March 26, at 10 p.m., EDT.  We will just use the GroupMe app this year, and hopefully avoid some of the technical difficulties of years past.  Quags are on the clock!

If you have frozen reserve players, please text or email me the pick numbers you wish to forfeit.  if possible, please do this by 7 pm or so on Tuesday night.  We'll permit trades up until 7 pm on Tuesday night also.  The Reserve Draft Grid will be updated soon with the Wonders-DougOuts correction and the most recent trades.

Thanks again to Steve for his service as League Treasurer.  Below is his 2019 Financial Report.  If your number in the last column on the right is red, you're a winner!  You'll receive a check from the League Treasurer.  If that number is black, please be prepared to pay up at the Auction.

Pay your LTBNL fees with PayPal!

I finally updated the Constitution with the several changes we've made over the last few years.  Just in time to amend it again!  Most of the changes I made were housekeeping cleanups related to our new position requirements (The Davitt Proposal) and the roster size changes that we made when we lost the Astros.  I also changed the minimum IP and AB requirements (10.6 & 10.7) and I re-wrote 16.8 to clarify that when a team claims FAAB compensation for a player traded to the AL, that player is automatically released rather than the team needing to release him.  As always, let me know if you find any errors.

Amend Article 4.1 to provide for an “open” or “English” auction, as opposed to our current “around the room” style.  Wikipedia defines an English auction as “an open-outcry ascending dynamic auction,” meaning that any team could call out a bid at any time, presuming the team has enough money to bid and an open appropriate roster spot for the subject player, until the player is sold.  We’d still go around the room to nominate players, of course, but the “IN” and “OUT” signs would be consigned to the dustbin of history.  Teams could jump in and out of the bidding at will.

Amend Article 6 to expand the Reserve Draft and Reserve Roster from 9 to 10 players.  The extra player would be assigned a salary of $10.  If both this Proposal and Proposal No. 2 pass, then $10 would be added to each of the salary cap numbers in Art. 21.1. 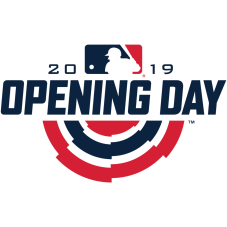 Many thanks to Steve for once again preparing our League Financial Report.  Please be prepared to settle up at the Auction on Saturday.  You can pay your fees via PayPal!  Use the link below.

The Green Monsters held on, surviving a late-season challenge from the QuagMyers, to post their second straight title, and sixth overall.

Congratulations to the Gregory Peckers, who won the 2017 Commissioner's Trophy.  The Trophy is presented each year to the team that has the best post-All Star Break stats but doesn't finish in the top four.  Please feel free to check my work, as these numbers are entered into the spreadsheet by hand.

The final standings are below.  You can see the entire worksheet here.  (Click on Sheet 1 to see the whole deal). 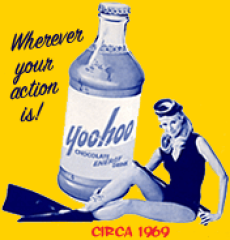 Here is the official video of KC's dousing for his 2016 Championship, following the 2017 Auction. 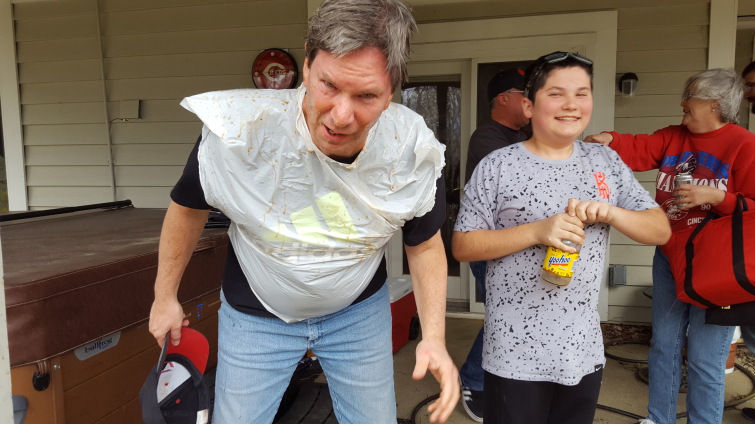 Following the 2016 Draft, the Rick Shaws received their second consecutive dousing, and the chocolate shower was administered by the smallest Monster, K.C.'s son Carson.  It was a sneak attack; it happened so quickly that I don't think I got a video.  I did get some photos, though.  Please take note of the demonic glee on the face of young Carson.

Here is Rick getting his first dousing, following his 2014 title.

Following the 2013 Auction at Steve's office, we did a catch-up dousing for the ceremonies we somehow skipped. 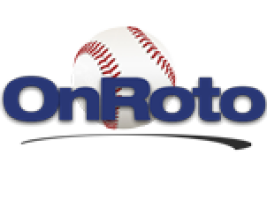