Note: Gregory Peckers were awarded 7th place over Karnold Nowledge via the tiebreaker, 6 categories to 4.

The battle for first place was pretty epic .... It came close to, or maybe surpassed, The Uribe Homer year.

Here is the Commissioner&#039;s breathless account of the last few moments of the LTBNL season, reproduced from the message board (and not successfully rebutted by anyone else who was paying attention):

The season literally came down to the final at bat of the year, Aoki vs. Gregerson. Every other NL game had concluded. With two outs in the bottom of the ninth of the Brewers-Padres game, the Shaws and Monsters were tied with 101 points. They each led the other in five categories (the first tie-breaker), and the Shaws were poised to claim their first ever title based on the second tie-breaker, runs scored. Gregerson struck Aoki out, and that moved the Monsters&#039; WHIP from 1.25134 to 1.25108, passing the Nowledge, who were at 1.25128, and giving the Monsters the deciding point. Rick pointed out that if Aoki had gotten a hit, the Peckers would have passed the Shaws in batting average, .26666 to .26655. But, had Gregerson walked Aoki, the Peckers would have finished at .26653, and the Shaws would have won.Seriously, that was bananas. Congrats to KC and Rick for a very exciting finish. 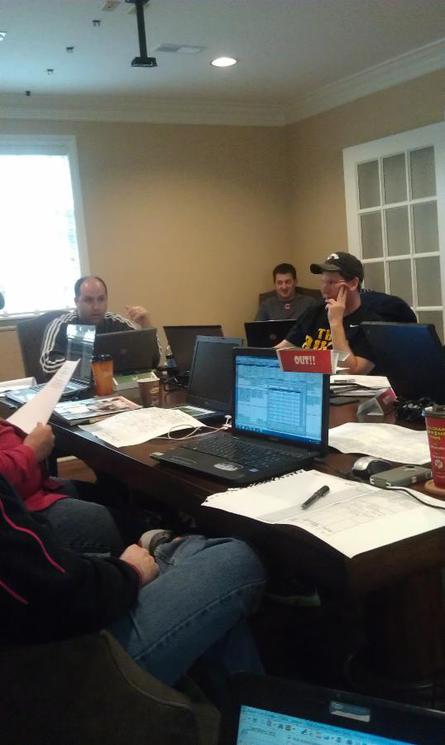